This is my second post looking at the data from the 2017-18 Washington State Legislative Session. the first part of this blog can be read here

After some time looking at different bills that did pass, I started to wonder if a bill was more likely to pass if it had more sponsors. First I took the 647 bills passed by the Legislation and signed into law by Governor and looked up how many co-sponsors each bill had: 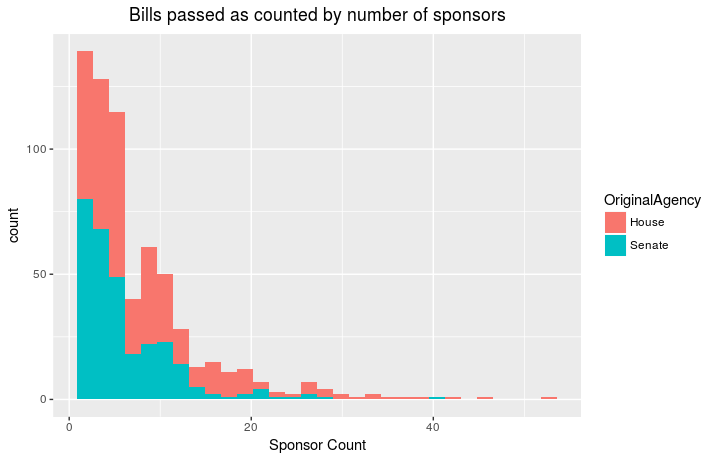 Then I I took every bill that was introduced but did not become law and counted up the sponsors for these: 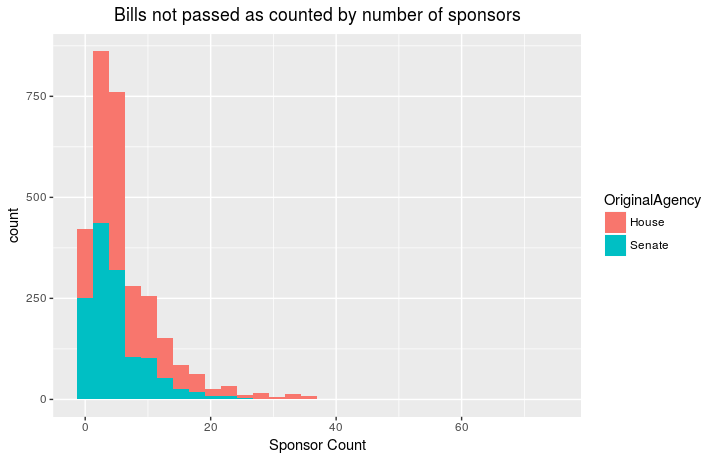 So it appears that the number of sponsors is not particulary predictive for a bill becoming law. The three bills introduced in the Senate with the highest number of Sponsors were:

And in the House:

In November 2017, Manka Dhingra won a special election and the Washington State Senate flipped from Republican held to Democrat held. Initially I wanted to focus on the number of bills passed by a Republican held Senate versus a Democrat held Senate but there were too many extraneous variables such as passing a budget and a shorter session in 2018. Instead, I decided to focus on the number of Yea votes by bill 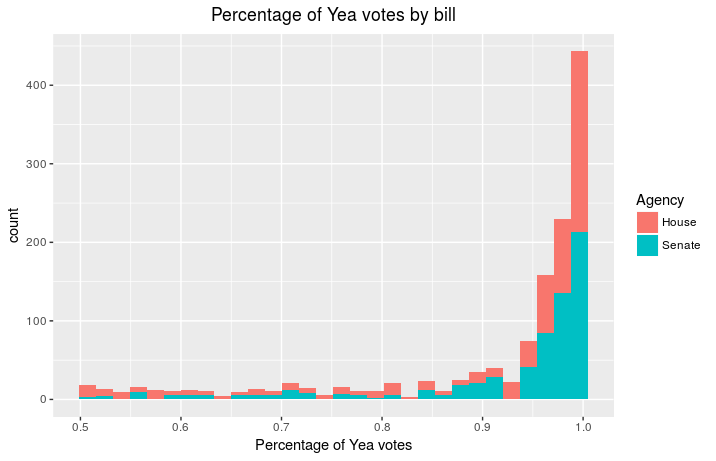 Many of the bills passed were with almost overwhelming support, which is refreshing to see that there is quite a bit of bipartisanship in Washington State in 2018.

As always, analysis code on GitHub