Following up on my earlier post, how much has the Pac-12 Network affected game attendance? I updated my previous data set to include the past two seasons so as to include 2008-2017 data. I relied on home game attendance as reported by Wikipedia and also used Wikipedia to determine what TV network broadcast each home game. In an ideal world I would be able to make better comparisons using the Nielsen rating for each game however my guess is that data does not come as cheap or as easily as data from Wikipedia. For the purposes of this analysis I am neglecting various other factors in this anaysis such as time at kickoff, game day temperature, opponent, ranking of UW, ranking of opponent, etc… the list goes on and on. My main intention was to simply show home game attendance versus TV network for all games: 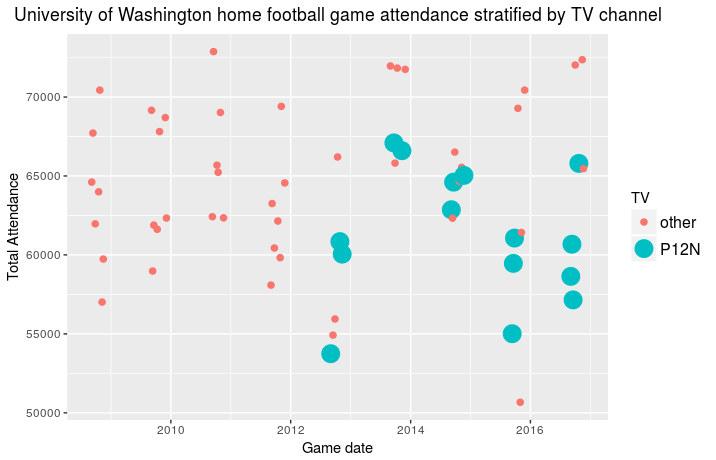 And attendance for Pac-12 only opponents versus TV network: 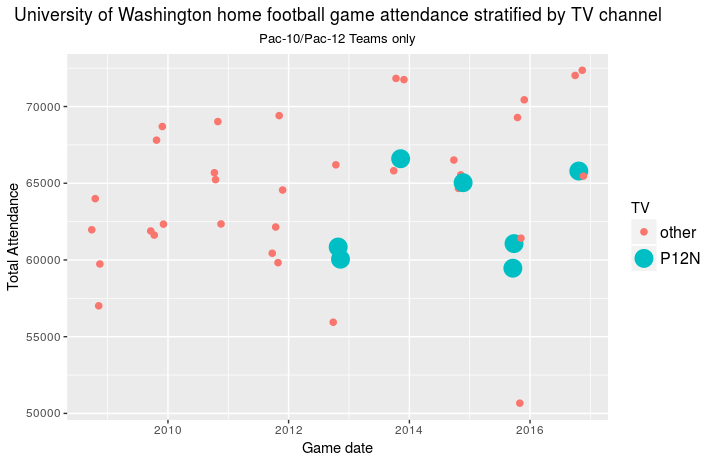 Based on the available data it appears that attendance during home games has been influenced and possibly decreased by the Pac-12 Network but it is difficult to say for sure while ignoring so many external factors. With a significant budget deficit still a major issue, one can only hope that losses from game day ticket sales are made up for with Pac-12 Network advertising revenue.