A National Parks Tour With Feather

To calculate this, I used a variant of the Concorde algorithm which is an algorithm for solving the Traveling Salesman Problem or what is the shortest route I can use to visit every National Park?

This also gave me an excellent opportunity to use Feather a way of writing dataframes to disk for interchanging between R and Python. I wanted to use R largely due to Michael Hahsler’s TSP library and I wanted to use python because of the ease of use of the Google Maps API client. Finally, I wanted to make a static map to show the route and I decided return to R and use the ggmap library. 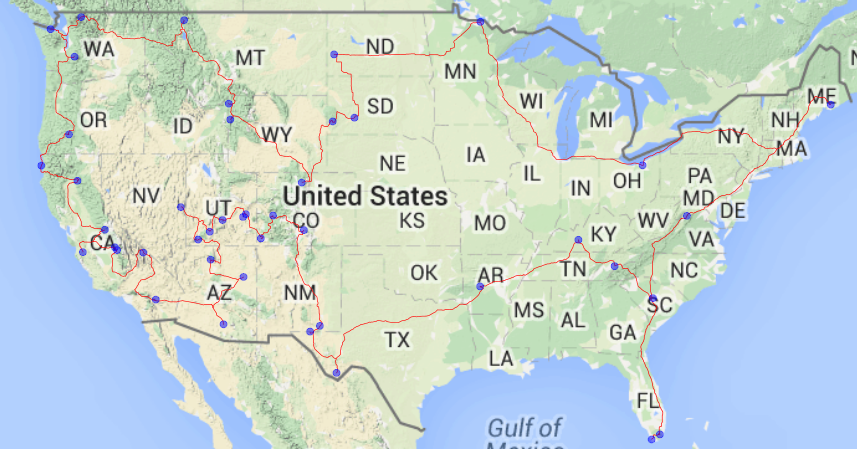 I realize there are many ways to call R from Python and vice versa but I wanted to try feather. As a first attempt, I was pretty impressed with feather’s ease of use. I did not have too large of a dataset so I was unable to comment on the speed but simple reading and writing in R and Python is made to feel very simple. The one issue I did run into was more of a user issue and that it was challenging to rapidly flip back and forth between the two languages as I iterated this code. The 0-index of Python versus the 1-index of R is all handled by feather which is nice not to have to think about.

As a whole, I highly recommend checking out feather and as for me, well its time to hit the road and start visiting some National Parks and according to Google Maps I only have 14832.8 miles to go.

My code for this lives here