Chuck’s Hop Shop on 85th is a beer store with 40 beers on tap and hundreds if not thousands of bottled beers for sale. I have always been curious about what types of beers they go though fastest and what are some of the more popular breweries. Fortunately, they post their current tap list on their website which allowed me to look at their data over the course of the weekend.

For the purposes of this analysis, I made a few assumptions:

With these assumptions in mind, my first question was which beer goes fastest? The below table shows beers that were on tap for five hours or less:

In a first place tie for a duration of a stunning 1 hour fifteen minutes were Bale Breaker Field 41 Pale and Hop Venom IIPA. There may be another explanation but with respective BeerAdvocate scores of 89 and 97, its easy to see why they are so popular.

Price of a pint vs. ABV

Is there a correlation between the price of a pint of beer and the ABV? 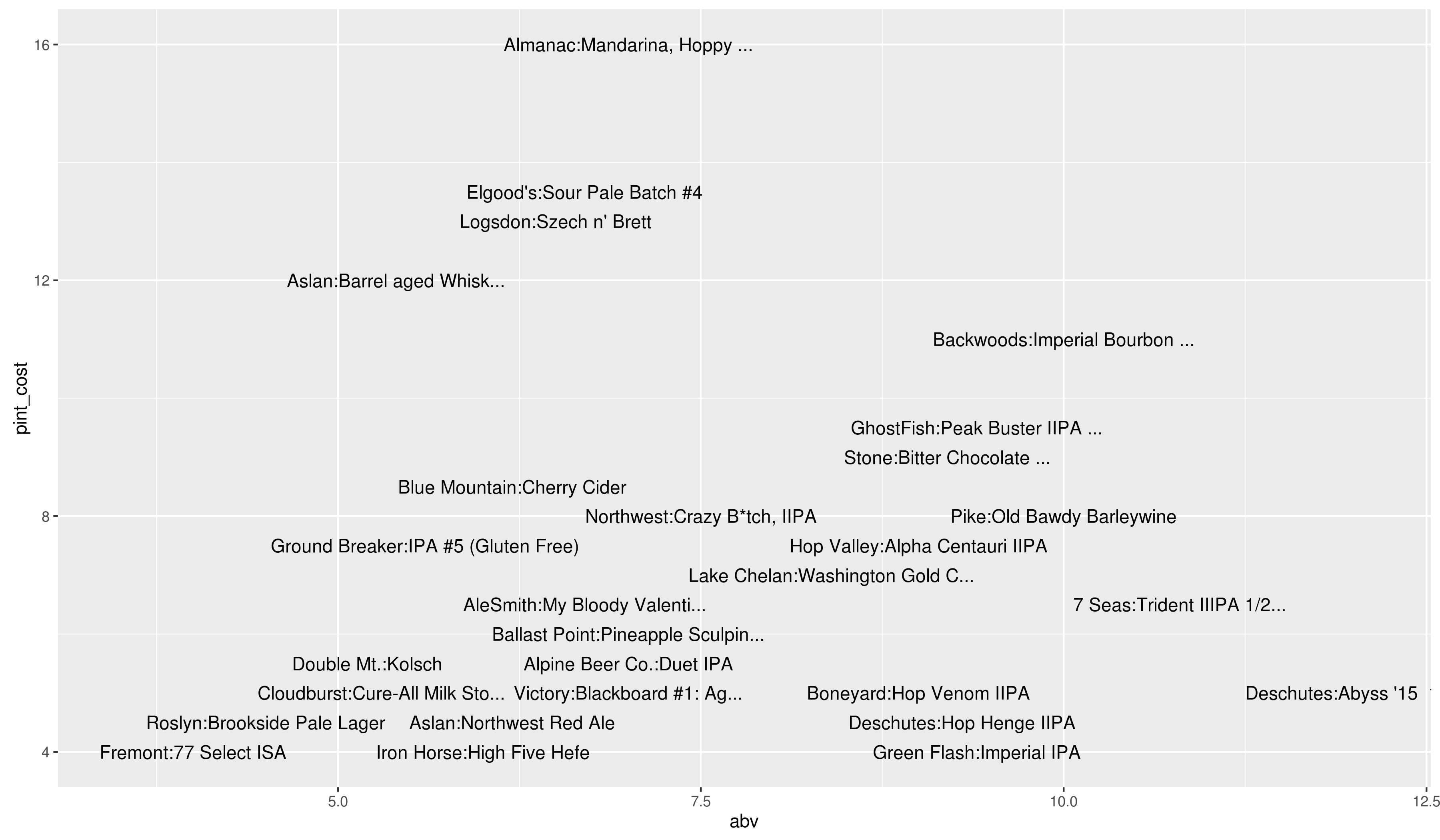 Drinking based on ABV

Do beers with higher ABV get ordered faster? 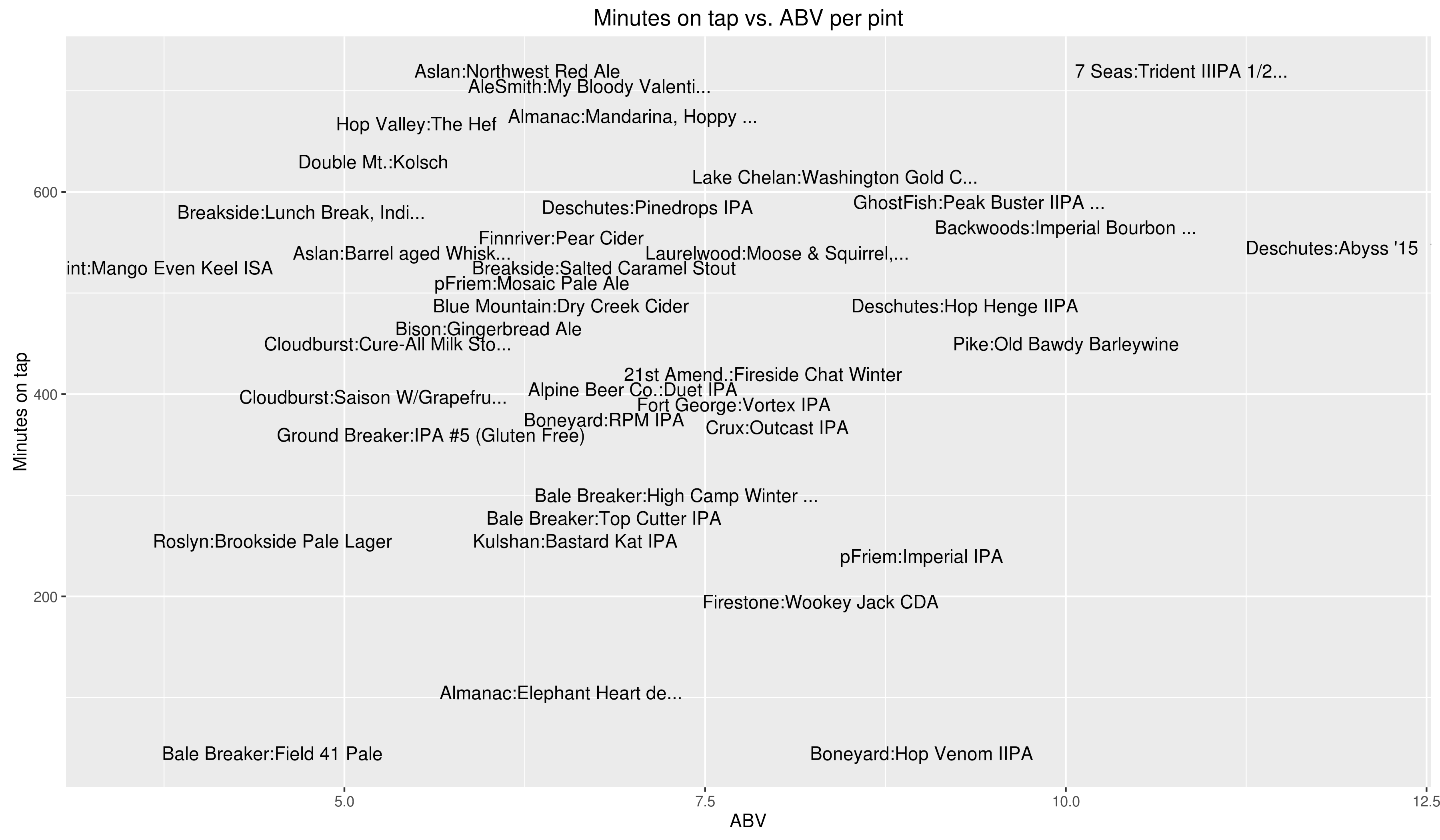 Are beers at Chuck’s veblen goods?

Obviously there are many more types of analysis one could look at with this data. I do think this analysis was sorely lacking in first person research, something I intend to fix in the next analysis. Full code on github.