Summarizing the Seattle Restaurant Scene in 2015

Seattle is experiencing sustained economic growth which manifests itself in a variety of ways, one of the most visible being changes in the restaurant industry. However, tracking the exact changes can be difficult due to a variety of factors such the size of the city and the difficulty in aggregating reliable data. There are several options for attempting to track changes such as scraping data from a review site such as Yelp or Zomato, systematically checking the Food section of the local paper, or going straight to the city records and attempt to determine what restaurant permits are being issued over time.

For the purposes of this analysis, I decided to compare official city permit records with the Food column from a local paper, specifically The Stranger.

Earlier this year, I started scraping the City of Seattle Business License database which tracks both permit issuance and revocations. The City of Seattle site classifies permits based on NAICS codes. Because I am only interested in restaurant related permits, I focused on the following five NAICS codes: Breweries, Drinking Places (Alcoholic Beverages), Mobile Food Services, Limited-Service Restaurants, and Full-Service Restaurants. I tracked changes in permits by week which when looked at for the entire year produces the following figure: 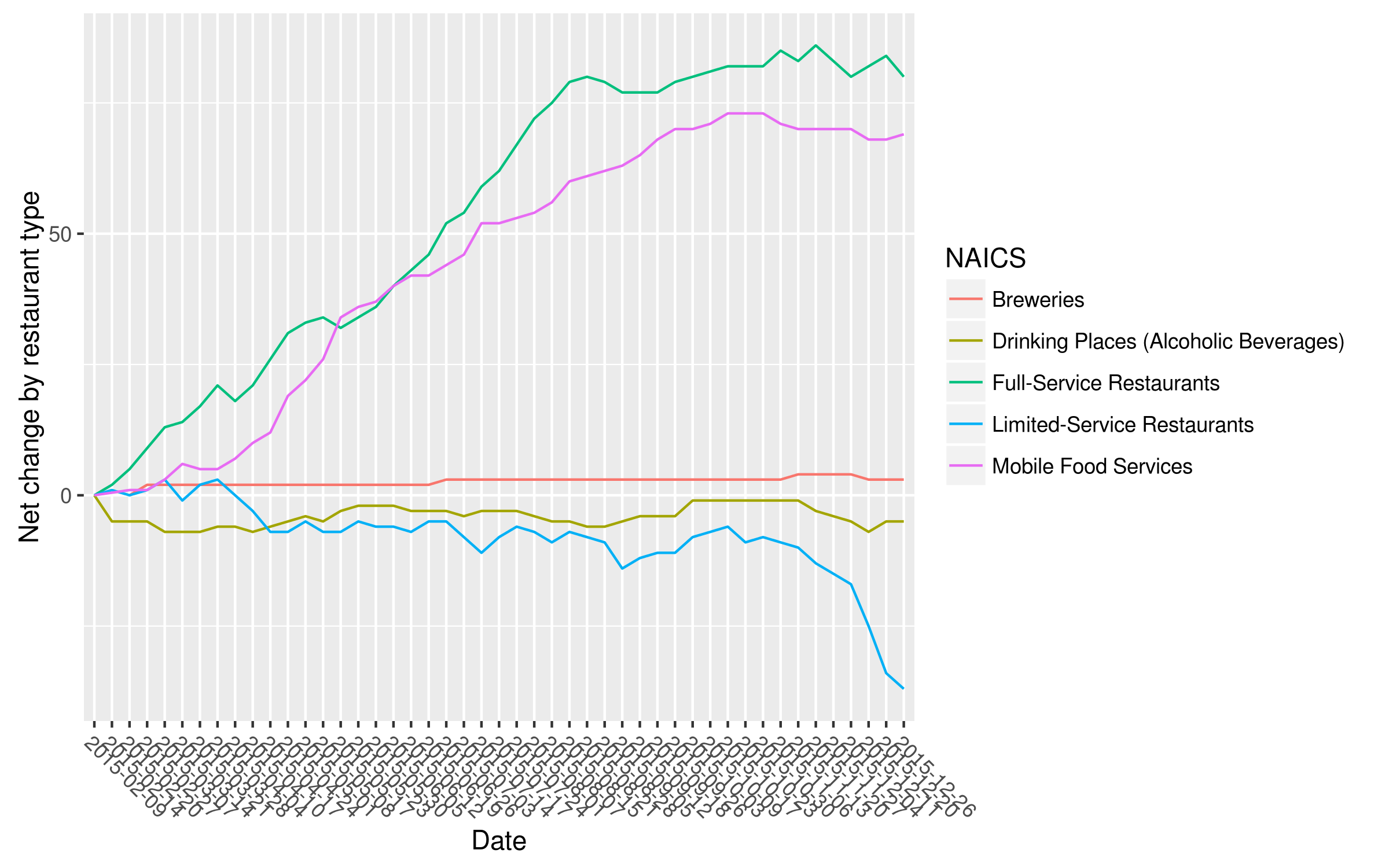 Clearly a good time to be in the food truck business. Also I am not sure why so many Limited-Service Restaurants are closing and so many Full-Service Restaurants are opening. It could be simply that the restaurant decided to expand its service or attempt to cater to a different clientele. According to the official definition, the NAICS code for Full-Service Restaurant is that “Providing food services to patrons who order and are served while seated and pay after eating”. For more details on these changes, I have made an interactive site that allows you to further investigate by neighborhood and restaurant type. 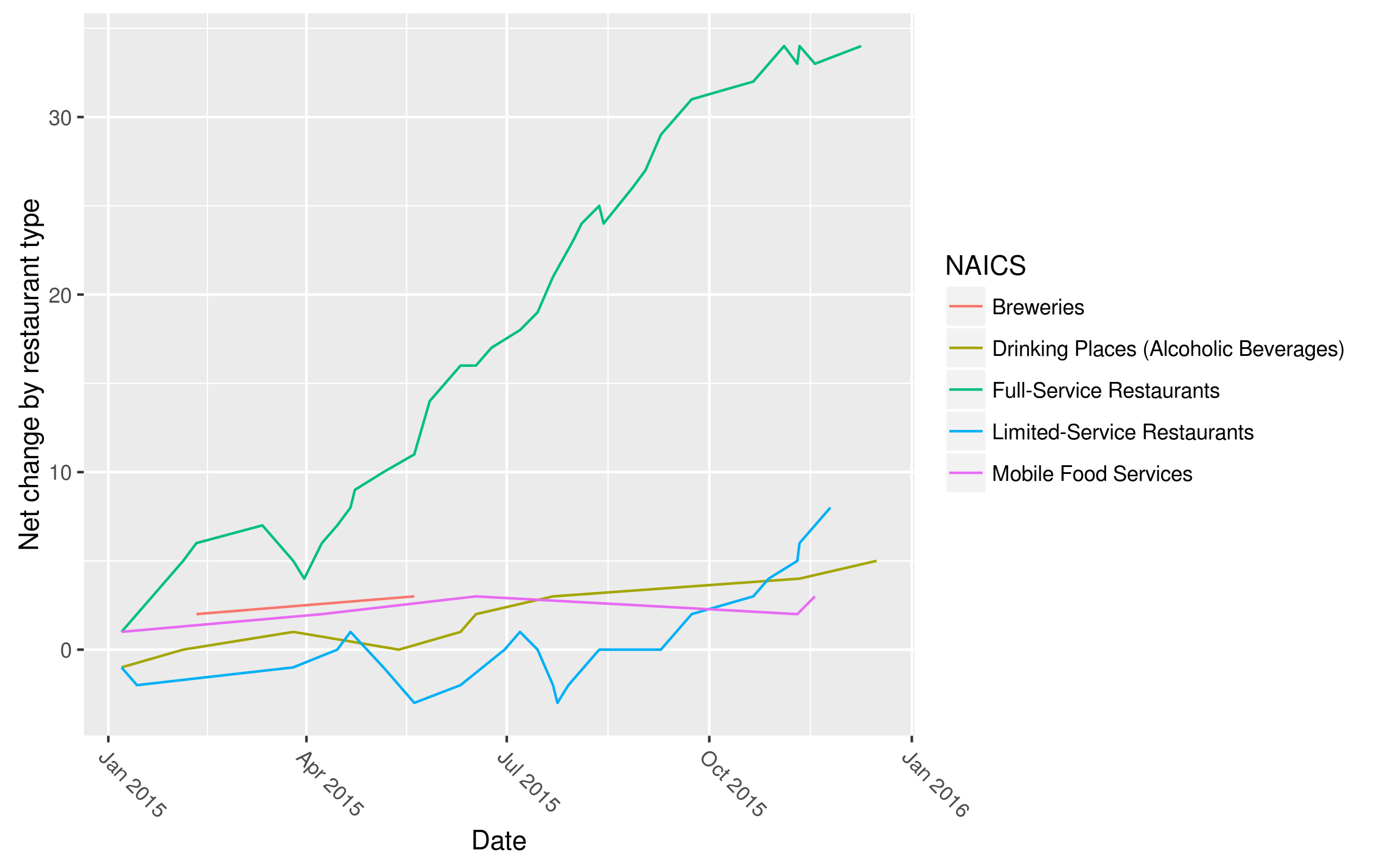 Obviously, she has a lot less data and her column is focused on more of the narrative of big name restaurants that have opened and less likely to focus on something like a new Taco Time. She focuses a lot on local food events such as popup restaurants as well as restaurant personnel which is not something that shows up in the official city statistics. Regardless, our figures look very similar and both of the datasets show that Full-Service Restaurants have had sustained growth over the entire year, which makes for great storytelling either with data or a narrative and benefits all of us with increased diversity of restaurant options.