Analysis of Gas Efficiency by Brand

I have recorded every trip to the gas station so far in 2014 and finally got around to analyzing the first seven months. I currently drive a 2010 Honda Fit and bought only 87 grade gas for the duration of this study.

I was initially interested in how far can I travel per dollar, which can easily be calculated:

Far and away Costco and Chevron have the best mean cost, but they each have only one datapoint and the Costco was located in Marysville, WA while the Chevron was located in Sherwood, OR which means that both of these were largely composed of highway miles and therefore higher fuel efficiency. I initially tried to account for highway miles versus city miles but have not had much success so far.

I then looked at MPG by gas station: 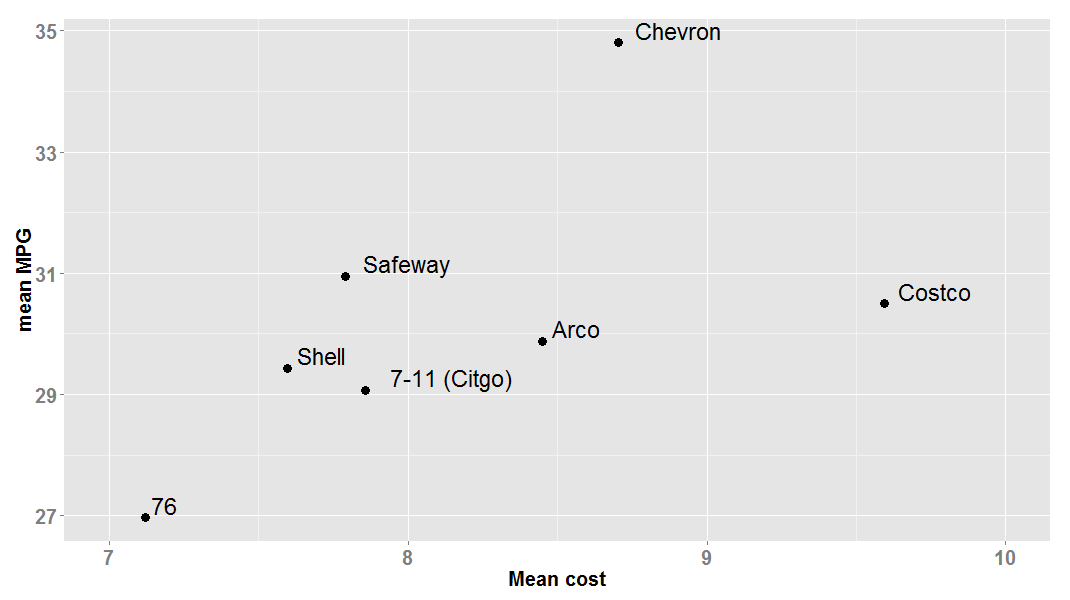 Since (for now) we are ignoring Costco and Chevron, it appears that Safeway is best for lowest cost with highest mean MPG. I wonder if the Safeway ultimate shopper guy is still around?

Data and code at this gist