A few years ago, there was an article in the Seattle Times about girls named Alexa post-introduction of the Amazon Echo. I was chatting with a friend of mine about this and we wondered if the introduction of the Amazon Echo has lead to a reduction in girls named Alexa. According to Wikipedia, the Amazon Echo was first introduced on November 6, 2014 and Hadley Wickham was kind enough to organize an R package of baby names as recorded by the United States SSA. Using this data shows a steep decline in the number of female babies named Alexa which may be due to a variety of factors: 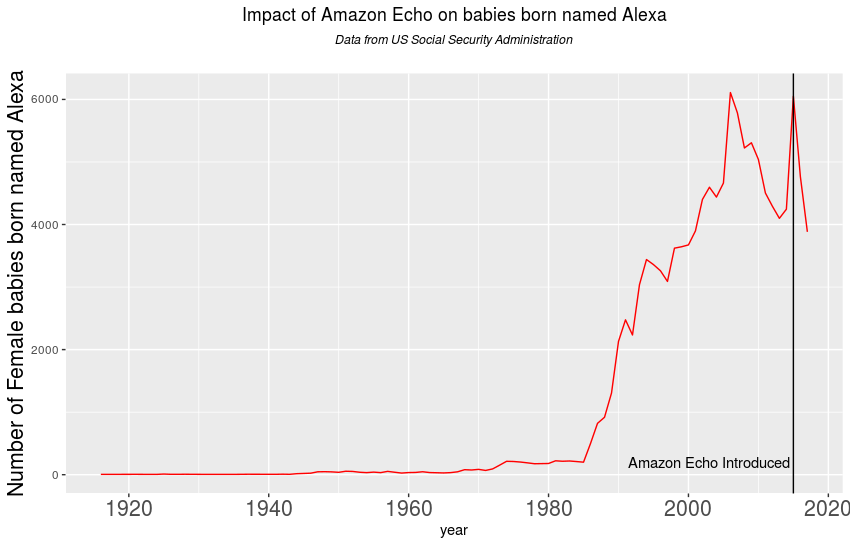 In the process of making this first plot I realized that there are boys in the SSA data named Alexa as well, lets see what the data for boys looks like: