What Is the Most Remote Airport From the City It Serves in the United States?

Recently, there was a question on travel.SE about locating the airport furthest from the city it is supposed to serve. There are some interesing answers including the winner from Paris where the airport is approximately 147 km away from the Paris metro area. I started to wonder about this question for different airports within the US and I stumbled onto this Wikipedia page which served as a good baseline for a quick analysis.

I used the Google Maps location API to calculate latitude and longitude for the center of the town or city and location of the airport. I then used the Google Maps directions API to calculate the driving distance between the airport and the center of the town it serves. This lead to some interesting edge cases. For example, Peach Springs, Arizona is on this list and the airport is about 113 miles away: 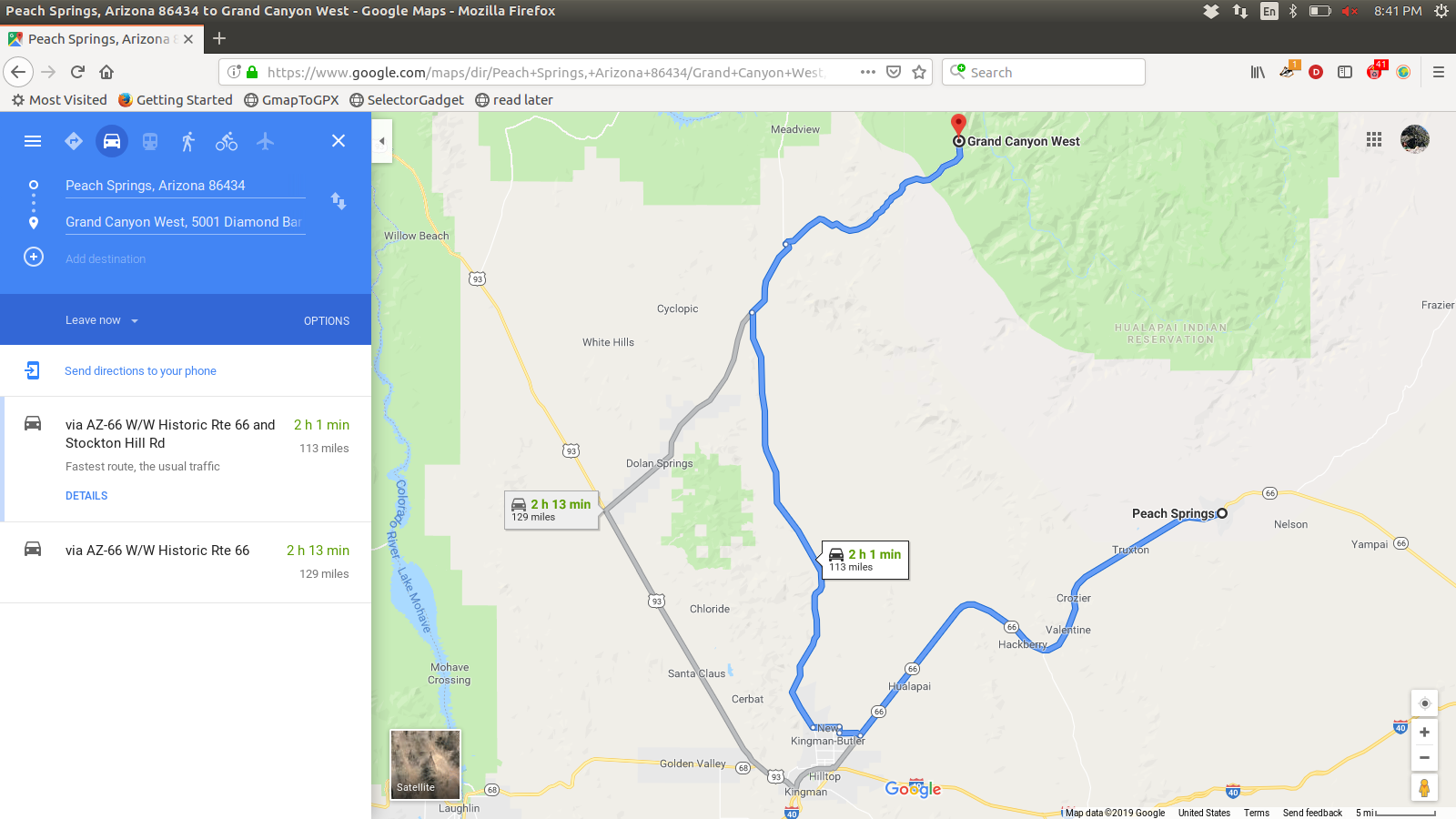 Peach Springs is a Census Designated Place and largely serves the Hualapai tribe. Should it have been included on this list?

I also noticed on this Wikipedia page that there are many airports with split locations (Sea/Tac Airport for example) or a single airport serving multiple locations such as Harrisburg International Airport serving Harrisburg/Middletown, PA). For these cases I just used the first city mentioned for this analysis. The Wikipedia article also lists enplanements as recorded by the FAA in 2015 which provides a useful metric for comparison. First I looked at distance to airport versus number of passengers: 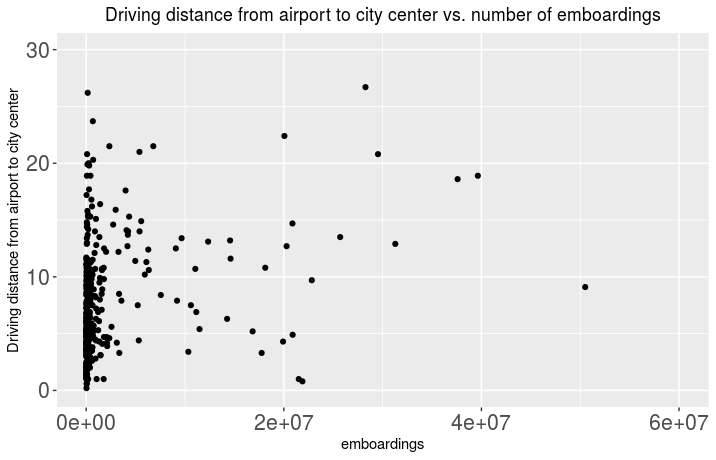 Not too surprising to observe that many of the airports have very few emboardings each year and are reasonably close to the center of town.

Then I looked at only airports that had over one million enplanements which narrowed my list of airports down to 27: 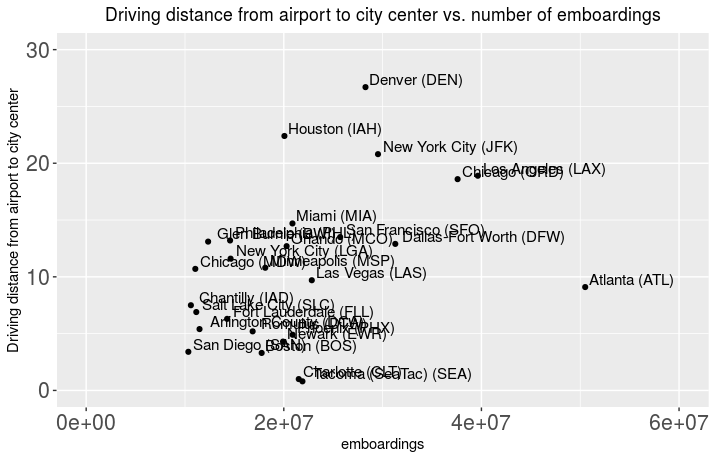 To me it is interesting to note that San Diego, Boston and to some extent Dulles are all close to the city center with relatively few emboardings as compared to this subset. Also, I grew up in Fort Collins, CO and have many fond memories as a child of driving across the plains with Denver International Airport seeming so, so far away.