Changes in Voter Turnout Between the 2014 and 2018 US Elections

As I watched the livestream of the 2018 US midterm election results, I was absolutely stunned at the significant increase in voter turnout over the 2014 US midterm election. Now that almost all of the 2018 election results have been certified by their repective Secretaries of State, I wanted to take a look at how this increase in voter turnout manifested on a state by state basis.

To make things as simple as I could, I primarily used the data from two New York Times elections pages: the 2014 results page and the 2018 results page.

In both elections, I primarily focused on the House of Representatives because that was the only office for universally up for election. As I embarked on this project I soon realized that a direct comparison would not be possible after Pennslyvania re-drew its congressional maps in early 2018 and Florida did so as well in a 2016 redistricting. 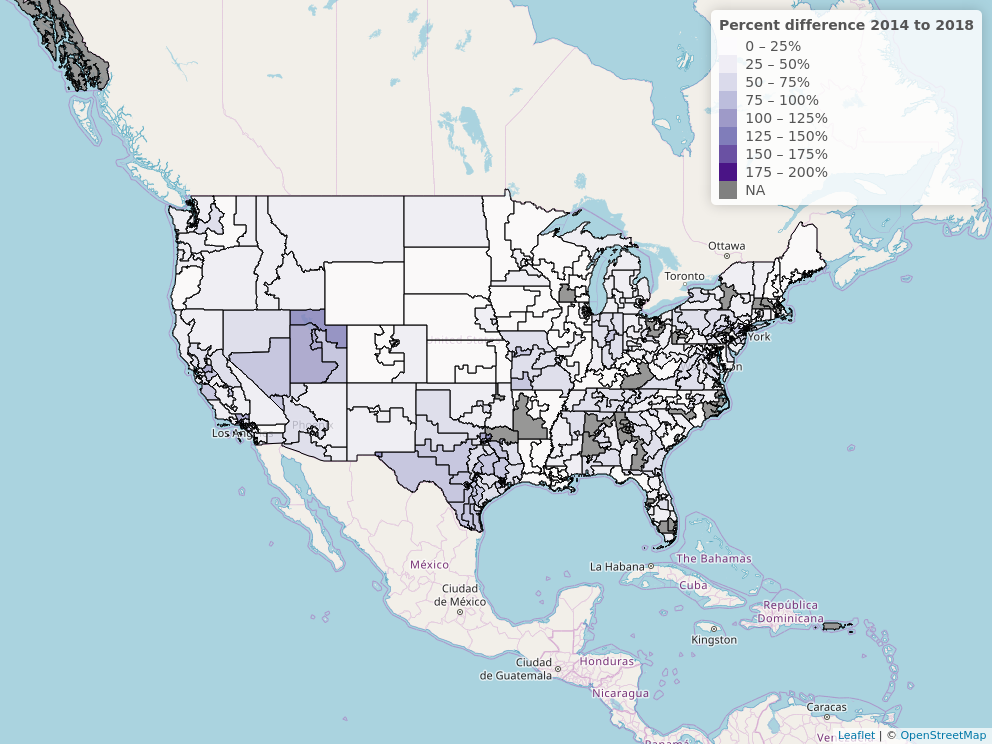 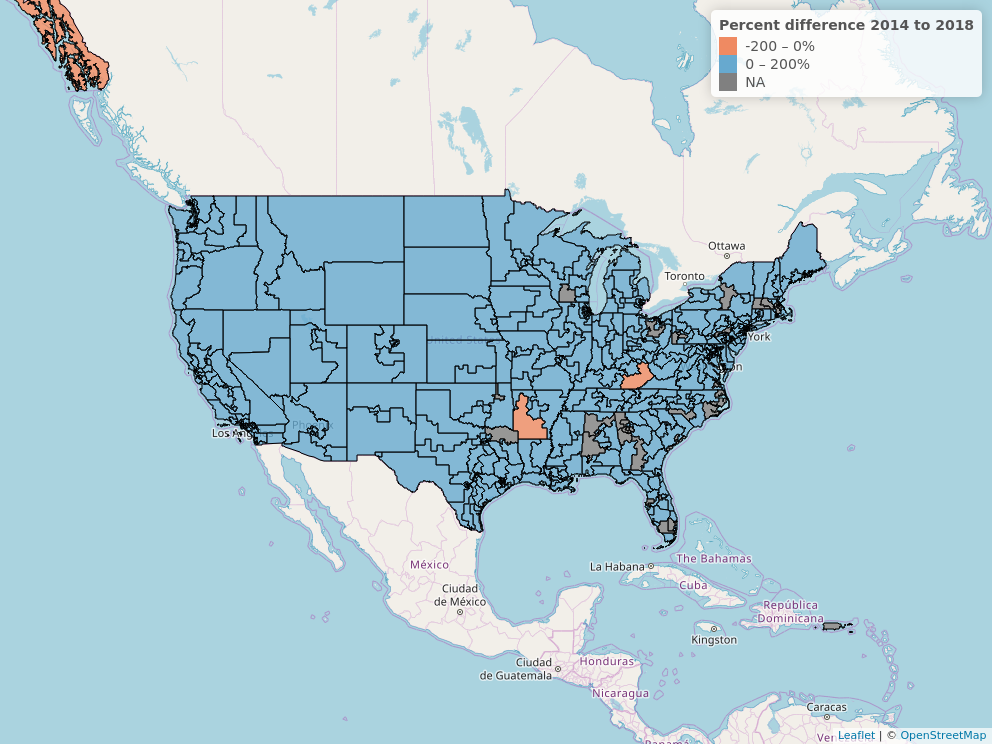 Explorable version of this map here

It is interesting to note that only seven US Congressional districts had decreases in voter turnout from 2014 to 2018. Table of districts with decreased voter turnout:

The district with the highest increase in turnout? That would be CA-34

Finally I grouped all the votes together by state to make the following choropleth of US House votes on a state level: 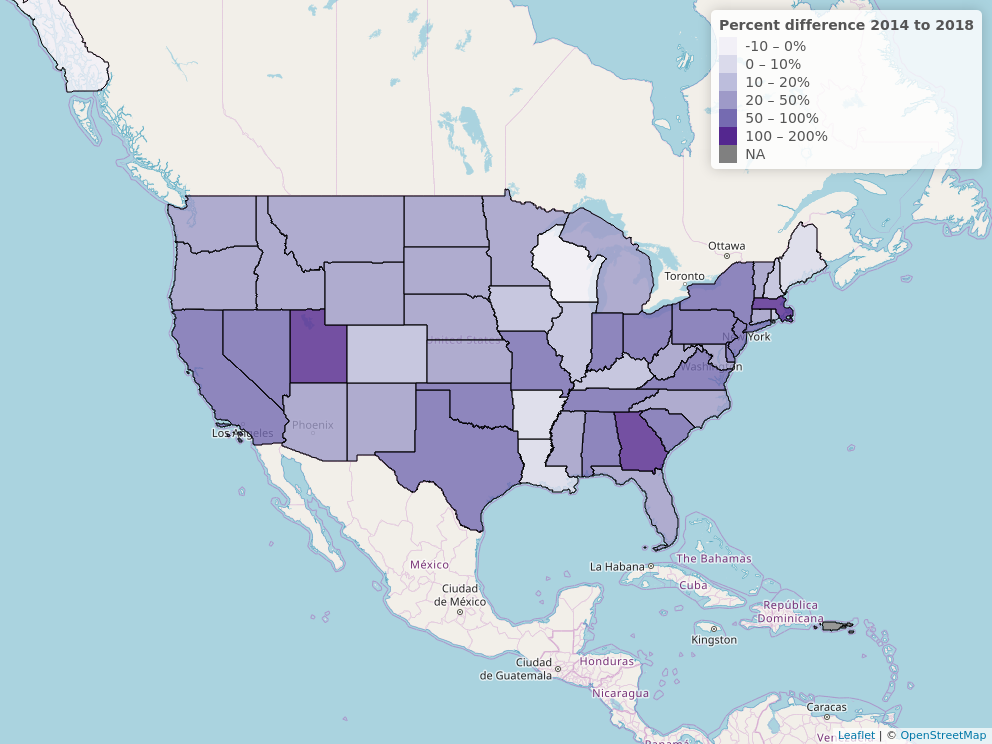 Explorable version of this map here